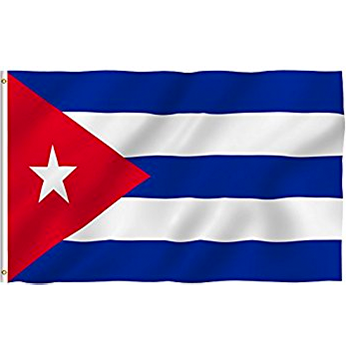 Donated by the FIU Frost Art Museum, the Ahlander collection consists of brochures and information on artists from Latin America and the Caribbean islands of Cuba, Haiti, and Jamaica. +More Info

Donated by the Arguelles Family, includes photographs of Cuba and other islands in the Caribbean from 1937-1948. +More Info

The Bolet Archives cover the professional and personal life of Cuban-born conductor Alberto Bolet. The records cover his tenure and work with numerous symphonies, including the Cape Town and Durban Symphonies in South Africa, the Long Beach Symphony, and the Kern Philharmonic Orchestra. Included are personal correspondence, publicity, and family photographs and notes relating to his concerts. +More Info

A collection of documents, interviews, and other materials relating to the situation of human rights on the island since the 1980s. +More Info

Photographs of Cuba during the Revolution. Photographs of Nicaragua and Panama. Negatives, contact prints, and large photoprints. +More Info

The Cuban Exile Archives and History Project contains documents relating to the exile experience. This collection includes publications from the Cuban American National Foundation and photographs of exiles. Also included are correspondence between project director Dr. Miguel Bretos and other exiles, and publications of the project. +More Info

The Cuban Living History Project includes three documentaries and 114 personal interviews. The documentaries are titled Y los quiero conocer: Historia de Cuba en vivo (1902–1959) (And I Want to Meet Them: A Living History of Cuba, 1902–1959) [1992]; Calle Ocho: Cuban Exiles Look at Themselves (1994);and Ni patria ni amo: Voces del exilio cubano (Neither Motherland nor Master: Voices of Cuban Exiles, 1996). The documentaries are based on personal interviews with Cuban exiles who played prominent roles in the creation of Cuban Miami. Most of the interviewees, now deceased, were well-known figures in the cultural, political, and intellectual life of the Cuban Republic. Dr. Miguel González-Pando conducted the interviews between 1990 and 1997. Other items included in the collection are books, plays, documentaries, photos, posters, and newspaper articles by González-Pando. +More Info

The Díaz-Ayala Cuban and Latin American Popular Music Collection is the most extensive publicly available collection of Cuban music in the United States. The collection’s approximate 100,000 items span the history of popular Cuban and other Latin music, including 25,000 LPs and 14,500 78 mms. Special Collections houses the some 3,000 books contained within this collection. +More Info

The Special Collections Department holds pictures taken by Kenneth (Allegro) Shartz aka Fr. Cyril Shartz between 1994 and 1996 in Guantanamo Bay, Cuba, where he worked as an English teacher, through the World Relief Organization. The collection is composed of 433 digitized photographs that detail the daily life of the refugees. Images also include pictures of the refugees, the humanitarian workers, the detention camps, the wildlife, and the naval base. +More Info

Cuban travel memorabilia including postcards, travel brochures, pamphlets, and restaurant menus. Issues of three popular Cuban journals: Bohemia, Carteles, and Social. Among the hundreds of items are rarities such as city maps and even cocktail swizzle sticks purchased by the collector directly from dealers, through eBay and at the Miami International Book Fair. +More Info

A collection of photographs, articles, and information documenting the life of the Cuban-born cartoonist Abril Lamarque. +More Info

Issues of a semi-weekly newspaper published by the Cuban refugees, who arrived during the 1980 Mariel Boatlift and were detained at Fort Chaffee, with the support of the 1st Psychological Operations Battalion of the U.S. Army. +More Info

Leví Marrero, author of a multi-volume history of Cuba, donated a large manuscript collection of the documents he used to write his history. In addition, he donated other research materials, items selected for inclusion in his books and correspondence. This archive represents his personal papers donated to FIU. The index to the Marrero Manuscripts is housed in Special Collections, including photo reproductions and transcriptions from the Archivo de Indias in Seville, Spain. +More Info

A collection of works by and related to the Cuban writer and revolutionary leader José Martí. +More Info

A monthly journal published in Cuba. Various volumes from 1916 to 1935 are available in Special Collections and online. +More Info

A monthly journal published in Cuba. Alex Stepick Collection consists of materials depicting the plight of the Cuban and Haitian refugees in the 1980s in Miami, Florida. The documents detail the treatment of refugees once on American soil and the condition in the countries they were escaping from; highlighting the contrasting experiences of Cuban and Haitian refugees. The collection demonstrates the work of Dr. Alex Stepick, Florida International University Professor of Anthropology and Sociology, in emphasizing the refugee situation on a local and national level. +More Info